A downloadable game for Windows and macOS

NEBULA is a sci-fi visual novel set in a distant solar system. A 3-year war has ravaged the galaxy, leaving the survivors to pick up the pieces. Amongst the victims are the mystical Milii people, who lost their planet in the final days of the war.

You play as the First Mate on the crew of the Mercy, contracted by a humanitarian group called the Baransu Union.

The mission is simple: find the Milii people a new home. Accompanied by the Emissary and the mysterious Seed, you and your crew will explore the far reaches of the galaxy, encountering other survivors, natural terrors and interstellar marvels.

Though set in an unfamiliar galaxy, NEBULA is a familiar story about found family, facing loss and grief and learning to accept love from others.

The game is rated 15+ for violence, disturbing themes and descriptions of injuries. There is no NSFW content in the game.

Players can choose their pronouns and pick their species from 3 possible options. 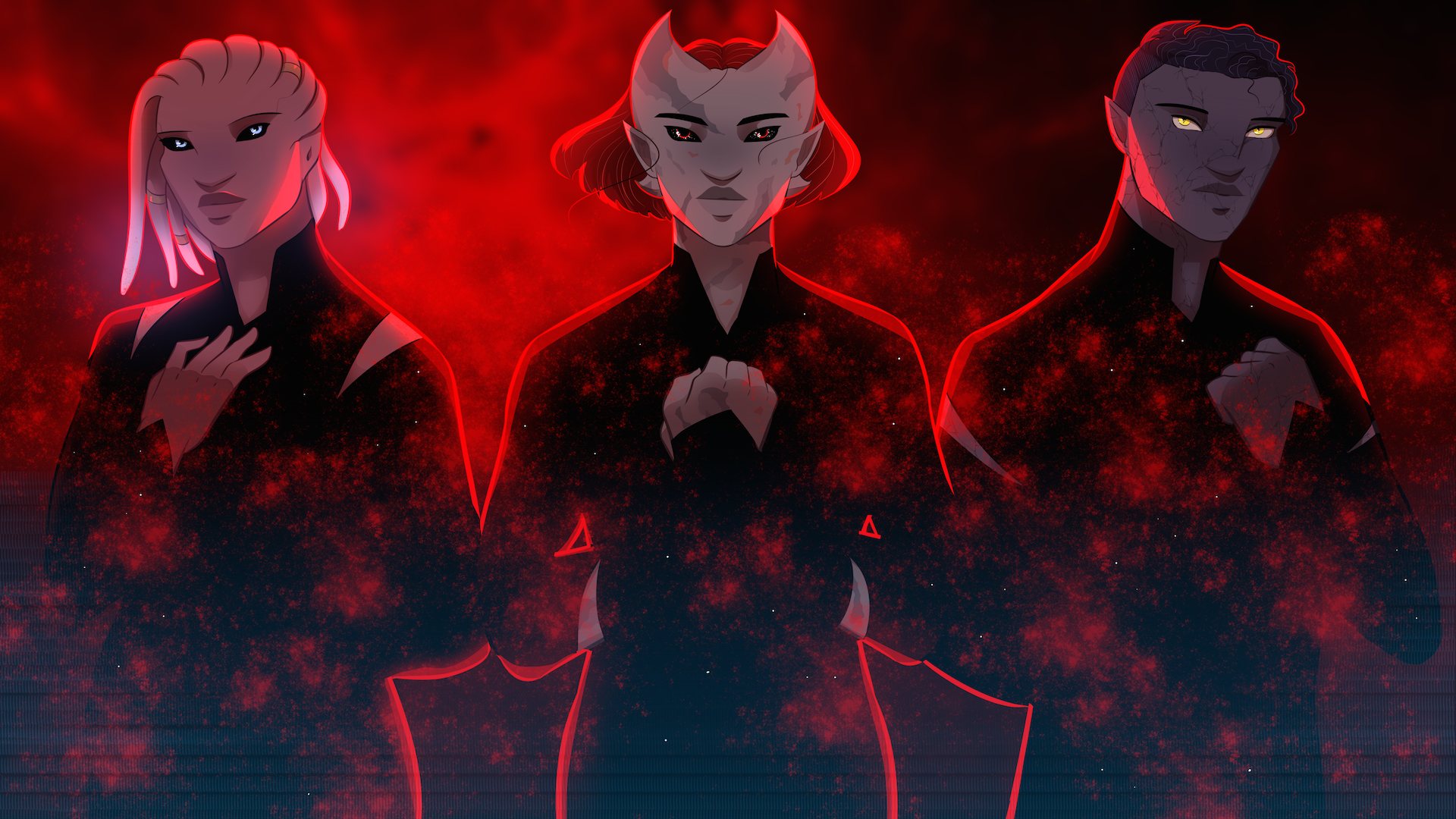 Captain Meo Kalama // The wise and caring Captain with an adventurous streak.
Emissary Kalanchi // The mystical Emissary of the Milii, lost without her home.
Val Tozo // The cool and collected pilot with a painful past.
Yuzu Cailomi // The bubbly and confident navigator with hidden scars.
Kaipo Freye // The curious and thoughtful communications officer with a love for knowledge.
Edo Cailomi // The shy and protective engineer with a heart of gold. 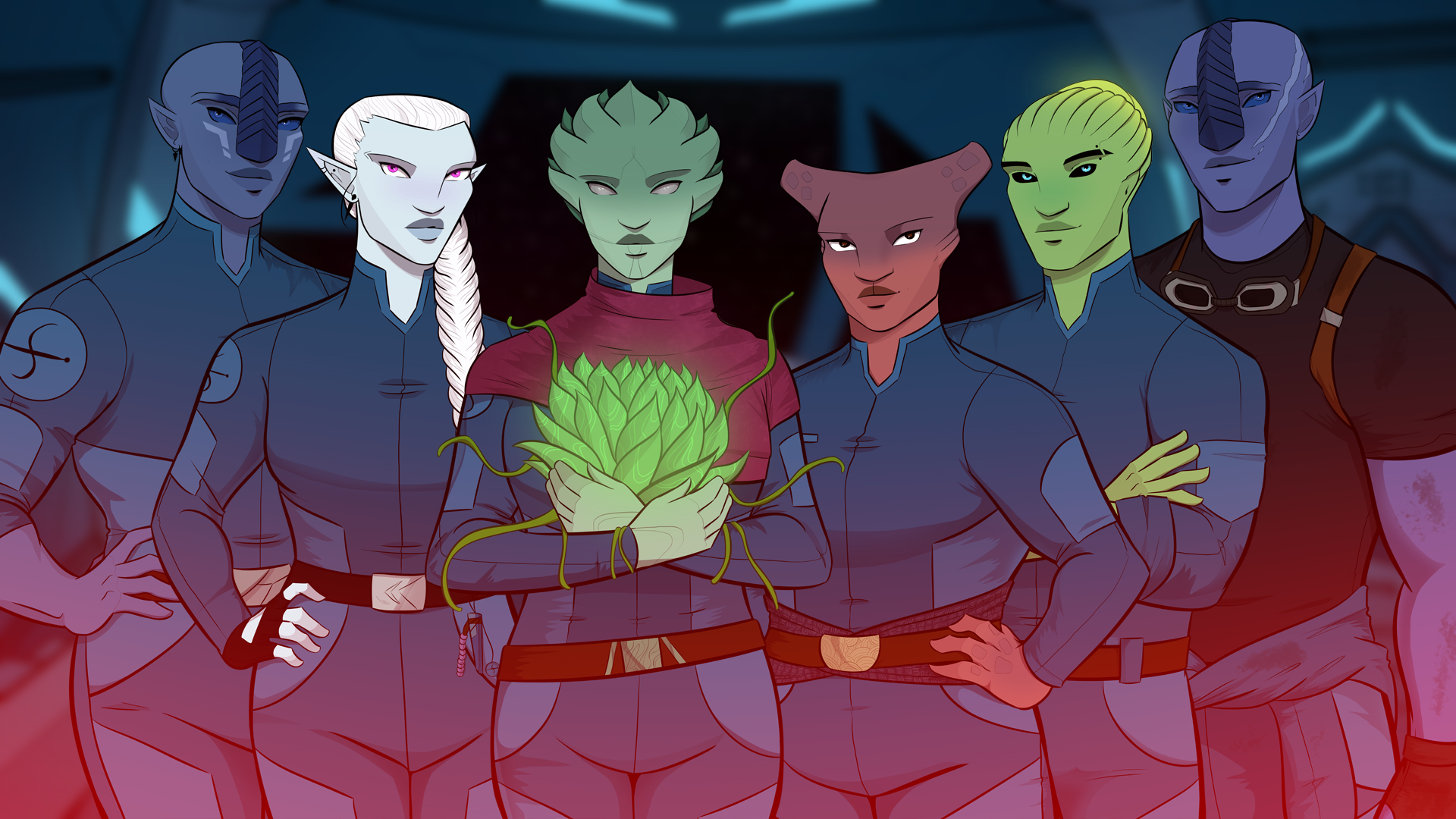 woooah this art is amazing

Reply
NEBULA - The Game1 year ago

Thank you so much!

I always love sci-fi VN! and NEBULA is amazing!!! seriously, the plot, the characters.. I LOVE IT! I'm excited for any more games you guys are creating (if there is any) kudos to you guys!

Reply
NEBULA - The Game1 year ago

Thank you so much, I’m so happy that you enjoyed NEBULA! Thanks for taking the time to play and to write this review <3

NEBULA was a fantastic journey.  The characters are lovely, and the story is a beautiful, sensitive, compelling exploration of what it is to be family and how those ties can twist in the face of overwhelming grief.  It is a story that could be dark and instead chooses to be gentle and brilliant, and I think it is one that many people may need to hear right now.  The art style is incredibly beautiful and quintessentially sci-fi-esque, and it blends almost seamlessly with the emotional tone of the narrative.

The player's choices have less impact on the story than I expected at first, but once I realized that I was really just here to be taken on a journey by the characters involved, it felt perfectly natural and entirely fulfilling.

I can guarantee that I'll be recommending this game to my friends in the coming weeks.

Thank you so much for your wonderful, eloquent feedback.  It means a lot to me that you took the time to write this message.  I’m so, so happy that you enjoyed the game and that the story and characters impacted you in that way. Sending you much love over the net! Ulra sa man ❤️

Well...it was not quite what I expected it to be. I was waiting for some dark scary thing to happen since there was a violence warning tag. I never saw any, but maybe it happened in the text.

I have played several scifi visual novels off itchio. Most are romance ones, so I expected as much from this. I basically pursued the hottest lady available, (the one that actually looks the most human) the pilot. I skipped a lot of reading as I was trying to see where the relationship ended up. Then I finally realized that this game was not so much a romance novel after all.

The ending I found touching, even beautiful.

This is definitely more a novel than a game with multiple endings, but the ending I never saw coming. I do give you credit for showing that scifi can be about more than kill the bad guy.

In real life, what matters most is managing peaceful relationships. Killing the bad guy only goes so far. You cannot make peace with a corpse, neither can you kill every rival or enemy you ever encounter.

Overall, the game was not what I expected, as I am used to multiple endings and lots of paths based on choices.

That said, I still liked the relationships,  as well as the ending. Also no humans...that's also unique. So I give you credit for being unique.

The art too...awesome stuff. And I loved the alien look designs.

Hi! Thank you so much for your thoughtful and comprehensive review!
While I was creating this game, my goal was to rethink what sci-fi could be, bringing more realistic and reflective stories into a world usually filled with laser guns, big bad guys and battles (not that there is anything bad about that, I am a huge Star Wars fan myself) so I’m glad that that was communicated. I’m glad you enjoyed NEBULA and thanks again for your feedback! ❤️ 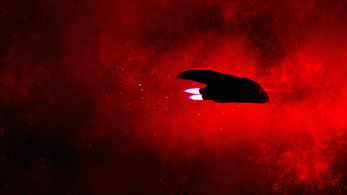 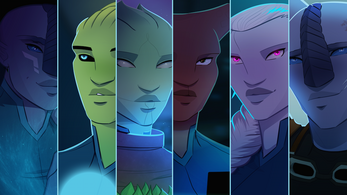 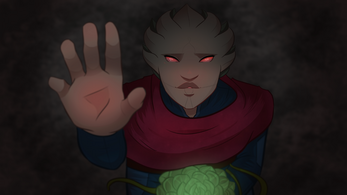 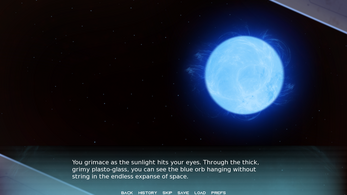 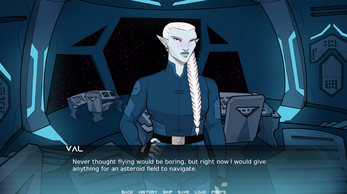 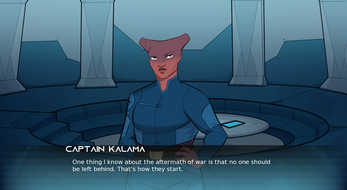